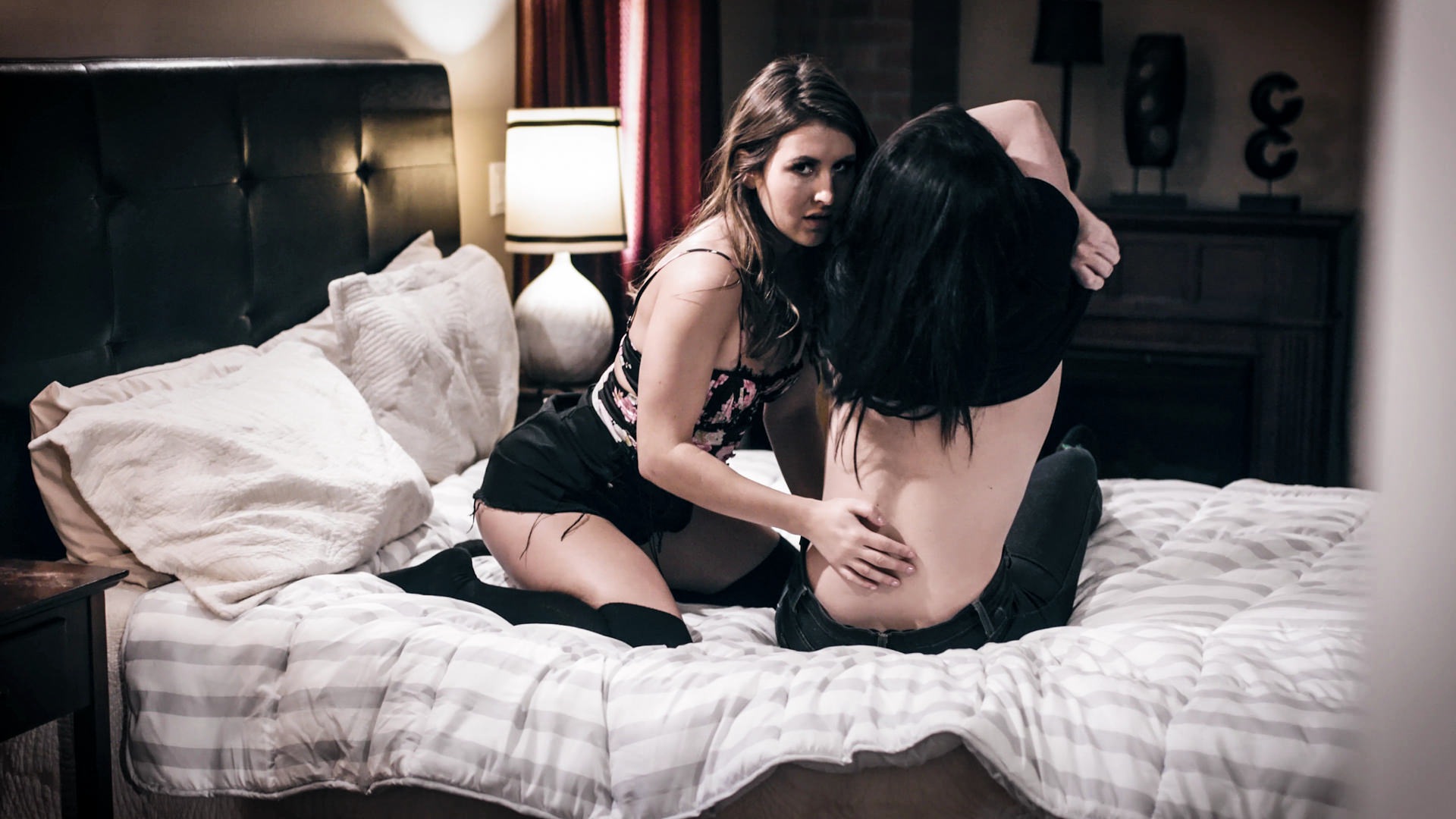 Get ready for Pure Taboo like you’ve NEVER seen it before. Fans of lesbian content will finally get to see and enjoy the girl-on-girl action in this popular Pure Taboo episode from our archives, re-cut to show only the lesbian sequences and characters.A BETRAYAL OF TRUSTPaige Owens greets her girlfriend Whitney Wright as Whitney arrives at Paige’s house. Paige can’t keep her hands off of Whitney, pushing her towards the couch playfully. Whitney jokingly tells Paige to slow down a little – they have Paige’s house to themselves all weekend. Maybe they could just cuddle and talk a bit? Paige looks a bit disappointed but says sure they can talk.Whitney wants to know how things have been since Paige’s new step-father Bruce moved in a couple of weeks ago. When Paige says things have been fine, Whitney’s surprised – Paige was SO upset for WEEKS about her mom’s marriage, she didn’t think Paige would have such a sudden change of heart.Paige dismisses Whitney’s concerns, saying it just took her a bit of time to get used to. Paige tries to get the subject back onto sex, pressing her body seductively against Whitney’s and kissing her sensually before leading Whitney to her bedroom. The girls slip off each other’s shirts as the action gets steamier and Whitney fingers and eats out Paige. Soon, a wicked look comes over Paige and she suggests something to Whitney: that they bring a dildo into the mix. Whitney’s uncomfortable and weirded out by that, but how far WILL she go to please her girlfriend?