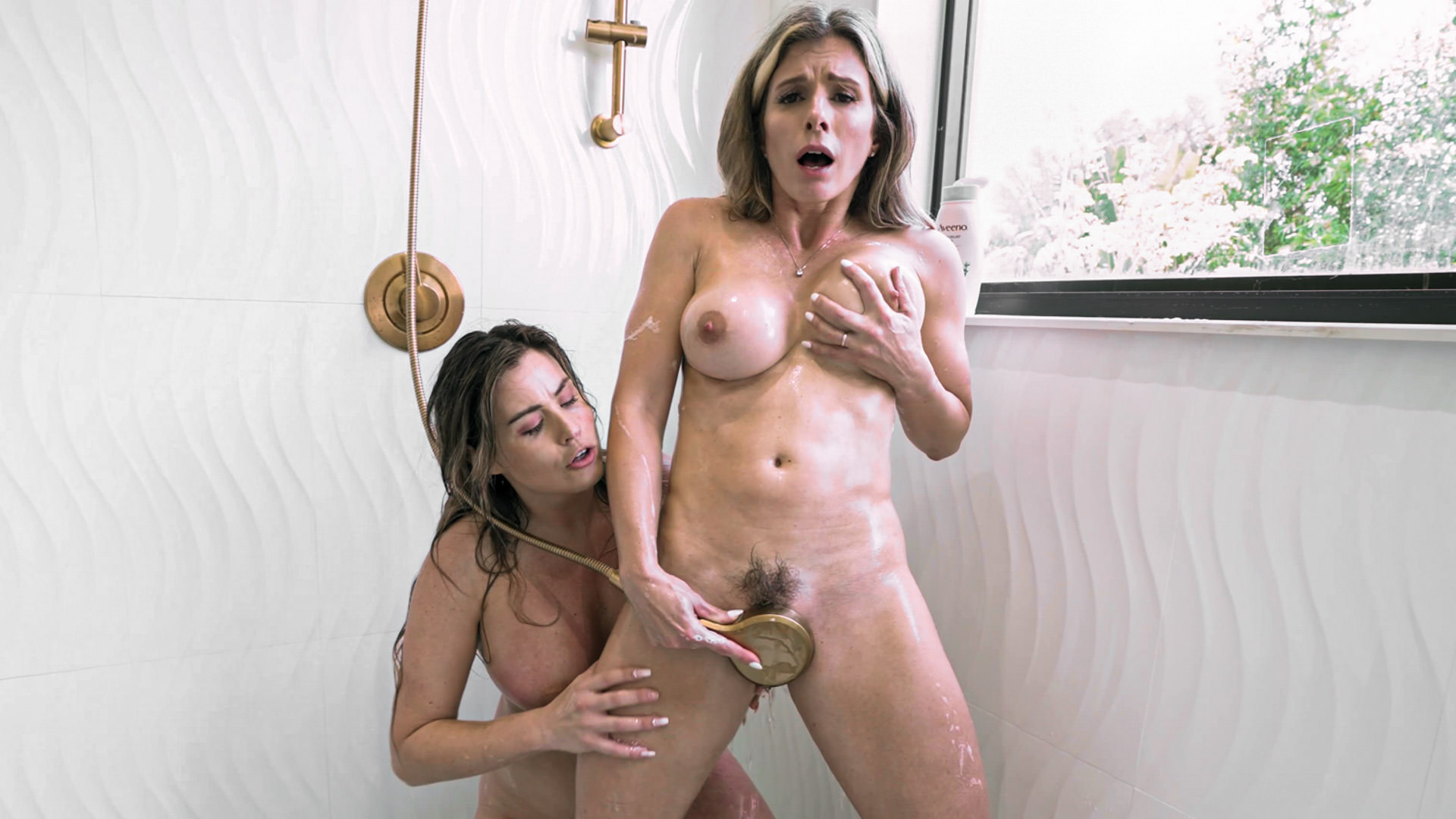 Cory Chase and Coco Vandi follow each other into the bathroom, and they’re completely naked outside of their shoes and socks. The two MILF’s strip out of their shoes and socks before they step into the shower. I stand outside of the shower so I can watch my two step-mom’s! They let the water run down on their big tits, and they squeeze their tits together. They pour some soap on their tits and they start to lather their bodies up. I love watching their big tits slip and slide against each other! Cory starts to lather up Coco’s pussy as she also finger fucks Coco! Coco starts to moan louder and louder as Cory keeps finger fucking her tight pussy. Cory takes the water hose and she puts it on Coco’s clit to vibrate against her clit. Then Coco and Cory switch places, and Coco starts to lather up Cory’s big tits and pussy. Coco and Cory both finger fuck Cory’s pussy at the same time, before they use the water hose up against Cory’s clit. Now that they’re done, I grab two white towels and I hand them to each MILF.